Are you up-to-date with the new tax cuts, hikes and everything in between?

Here are some of the main takeaways from the CTF report:

One of the biggest tax changes for 2020 is the increase in BPA, which will rise from $12,069 to $13,229. This is the first step in the Government’s plan to increase the tax credit over the next four years until it amounts to $15,000.
The CTF federal director states that the increase in BPA means that nearly 20 million Canadians will enjoy reduced income-related taxes. The income earners living in Quebec will enjoy a $113 tax reduction, while the rest of Canada will see a $138 tax reduction this year as a result of this “big tax cut.”
It’s important to mention here that individuals with incomes above $150,473 will observe a reduced benefit from this tax cut, and the cut will reduce to zero for people earning over $214,368.

Following a hike of the same amount last year, the CPP tax rate is predicted to increase by 0.15% this year. Reports claim that this may result in an additional $97 in CPP tax.
The bad news is that this increased CPP tax rate is predicted to be the second of a total of five annual increases.
What’s more, the employer and employee CPP contribution rate will increase by 5.25% this year, increasing from a 5.1% increase last year. Self-employed individuals will have to pay both the employer and employee portions of the contributions, resulting in a total of 10.5%.
What’s more, the yearly maximum pensionable earnings are predicted to increase to $58,700 this year.

The Problem of the Tax Bracket Creep

Taxpayers across the country are being pushed into higher tax brackets due to inflation. This includes income groups in Alberta, Saskatchewan, Nova Scotia, Prince Edward Island, in addition to Ontario-based income earners.
Most provinces, however, have indexed their tax brackets, meaning their earnings won’t be bumped into the higher tax brackets even if their salaries increase during inflation.
The bracket creep tax applies to taxpayers who are earning more than $150,000. 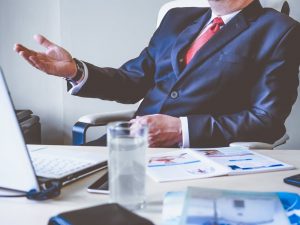 If you want help from a professional tax consultant to find out how the new tax laws affect you, get in touch with our tax consultancy firm in Edmonton, Alberta.
We can help you with corporate and personal tax returns, cross-border tax strategies, mergers and acquisitions, and more!